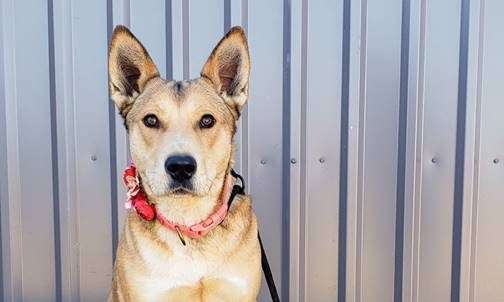 Hope was rescued from a major interstate in Texas by Four-Legged Friends Rescue. She was found in the median with her brother, both hit by a car and left there for several days before PFR was called.

Four-Legged Friends was able to save her and give her another chance, but her brother had a severed spine and was humanely euthanized to end his suffering.

Hope sustained a fractured pelvis from the accident and required leashed walks and pain management for 8 weeks but she has healed and is back to regular activity. Once Hope recovered, she still struggled to find an adopter and was transferred to the Pacific Northwest by Project Freedom Ride and landed here at The NOAH Center.

Most dogs seem to need a while to decompress before they want to show affection to people. Hope came right to me and offered hugs and kisses and a full body lean into me. Maybe she’s named Hope because of what a beautiful miracle she is!

After Hope settled in at The NOAH Center, she received a thorough examination by our veterinary team and a behavioral assessment before being cleared for adoption.

Hope was well-loved while she was here with us, even though it was for a short time before she was adopted. Just about every staff member and volunteer commented on how lovely she was. And that is even more apparent by the fact that she was adopted by one of our amazing volunteers.

Thanks to our partnerships with organizations in southern states and the support of individuals like you, Hope received a second chance and today, she is living her best life. 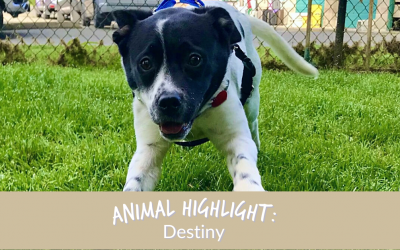 Get to know Destiny, the fun loving pup who is waiting to find her forever home.

END_OF_DOCUMENT_TOKEN_TO_BE_REPLACED 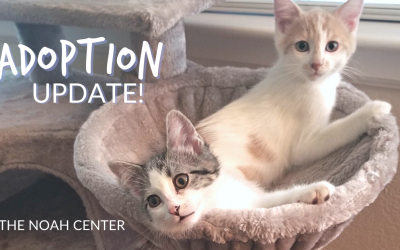 Read an adoption update about Buttercup and Westly kittens thriving in their new home with their loving family!

END_OF_DOCUMENT_TOKEN_TO_BE_REPLACED 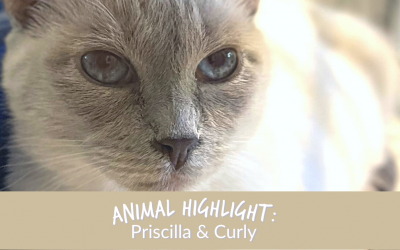