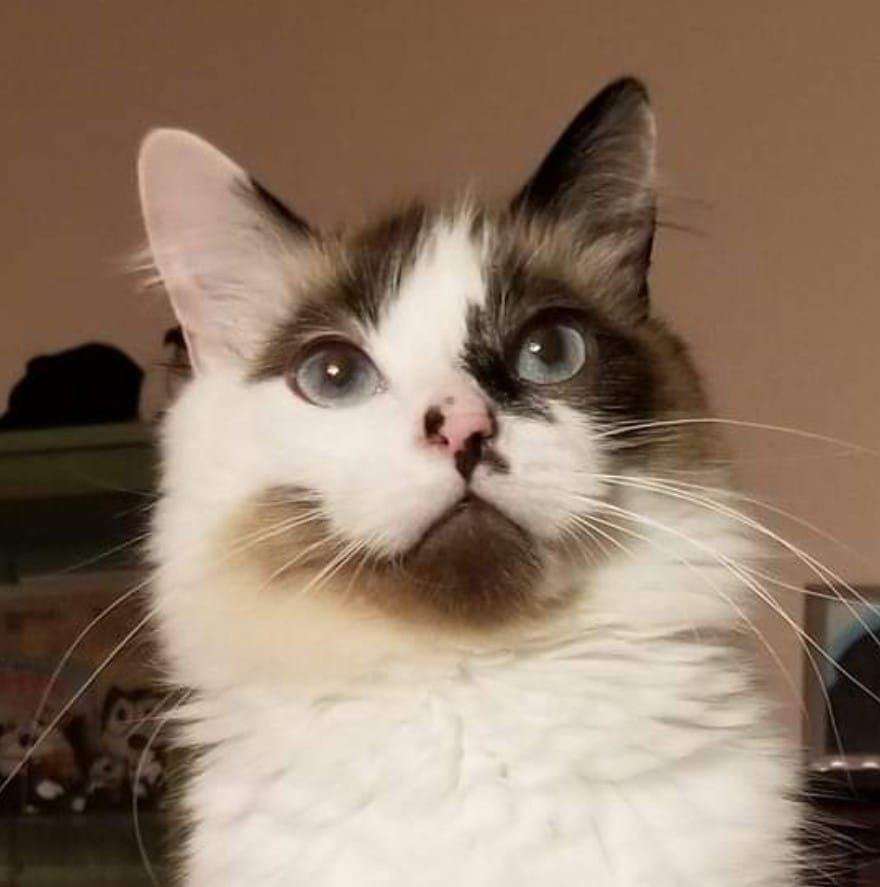 He is doing GREAT! He was EXTREMELY timid and shy the first month so I just let him take his time to adjust. He stayed in my bathroom for nearly that entire time. I started leaving the door open so he could explore the house while I was sleeping if he wanted to. What’s so cute I started waking up to find this little pile of fuzzy mice right outside my open bedroom door. Then the pile moved to right next to my bed. Next thing I know he decided to join me and the other kitties at bed time.

He hopped up on the bed and gave me the hardest head butt – no, more like head BONKS – I’ve ever gotten from a cat. He also drools like mad and purrs like crazy when I stroke his fur. He didn’t even like to be picked up when I first adopted him. Now he LOVES to be held on my chest, talked to and smooched. He also loves sleeping with me now. He does this funny thing where he puts his back end up on my shoulder or dives under my sheet/blanket then turns around so just his head is out.

One thing that’s super cute that he does still is if I leave the bedroom to go to the bathroom he follows me. He’ll wait in the hallway then guides me back to the bedroom “We’re going back to sleep, right?” Then he jumps up on my bed and settles back down.

He’s also become really good friends with my other kitties. I adopted him mainly because Rudy, my three year old adopted Persian, was the only male in the house and the only young cat. My other two cats are female, older and less playfull than Rudy is. They’d play to a point then tire of it and head off to nap. So he needed a friend to run around with. The last couple weeks they have especially upped their interaction and now race through the entire house chasing each other.

I’m glad I took a chance on him. I was doubting myself after the first couple of weeks since he was SOOOO terrified. But he just needed time to come out of his shell, realize he was safe and let me love him. I was also thrilled when last weekend I tested out having some friends pet him. They came into the room he was in one by one with me and I stepped aside and let them pet him where he was up in the cat tree. He didn’t flinch at ALL – just purred and rubbed his head against their hands! I was so proud of him!

I renamed him Moon Pie due to his colours, because I love food and drink names (another kitty is Caramel and my Newfie is Captain Morgan Black) AND because he’s so sweet.

Thank you for letting me adopt him. He’s a great kitty and I love him. Glad I took a chance on a shy kitty! They just need patience, time and lots of love to reveal their true selves!

Congratulations to Moon Pie and his family! 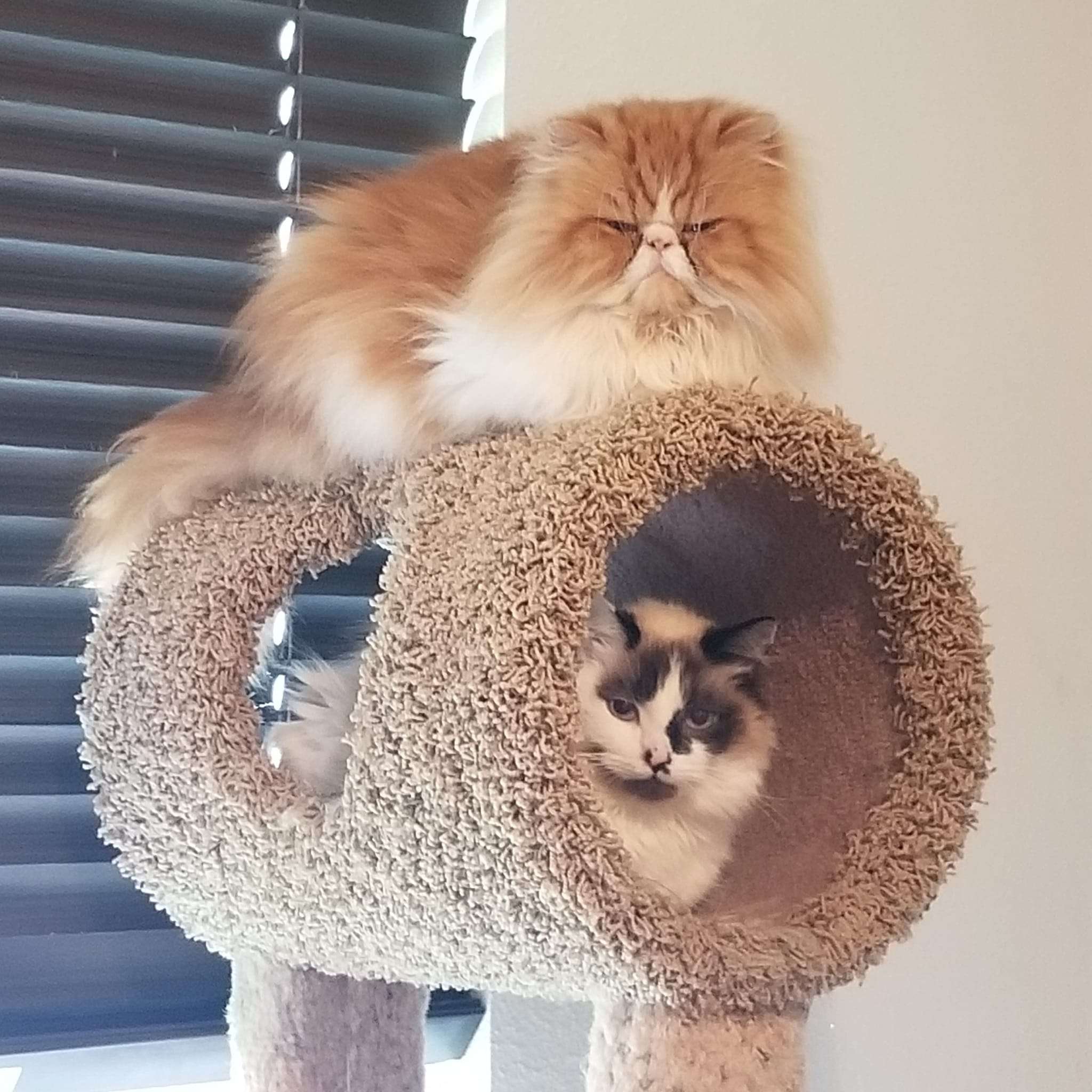 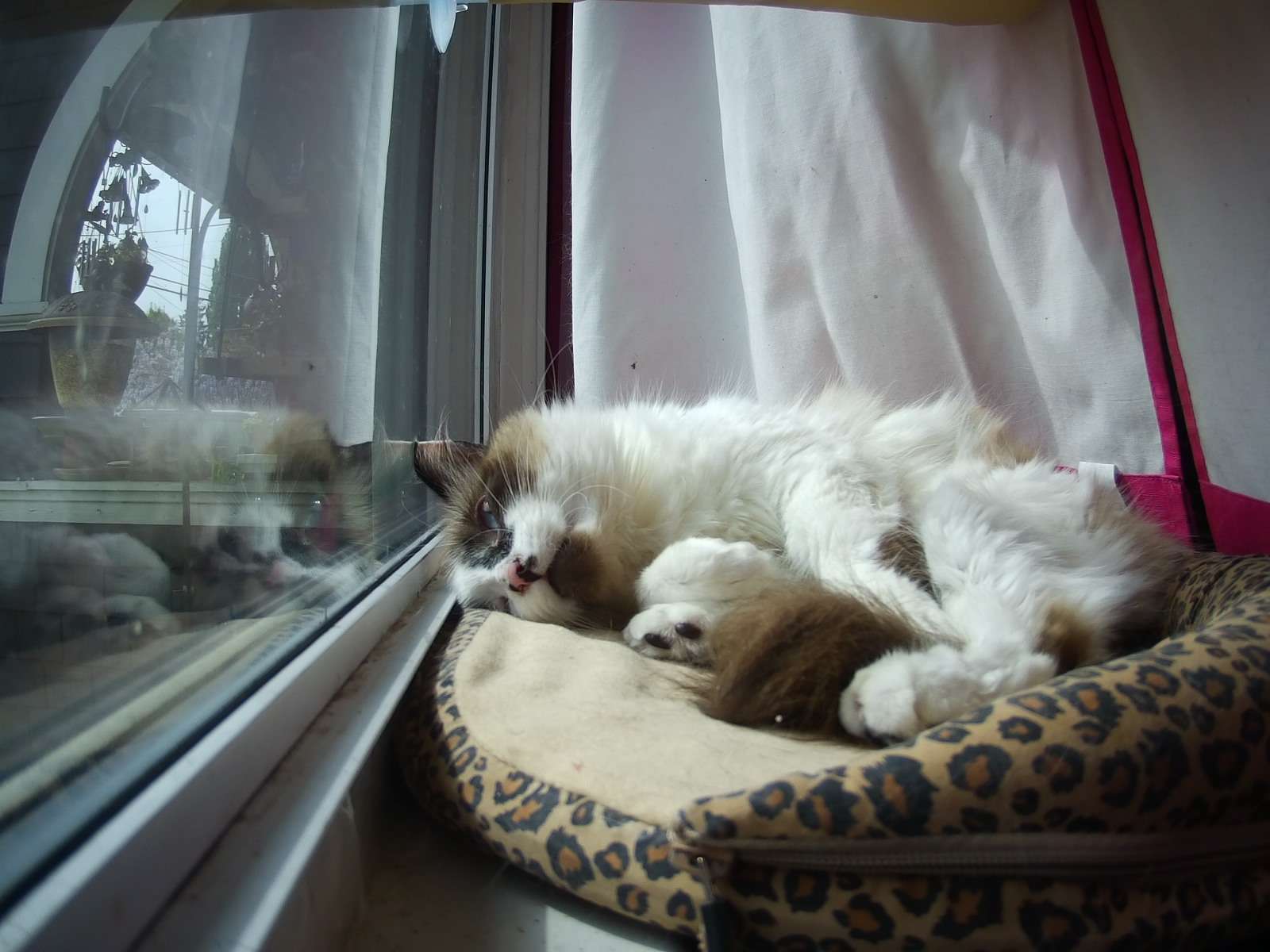 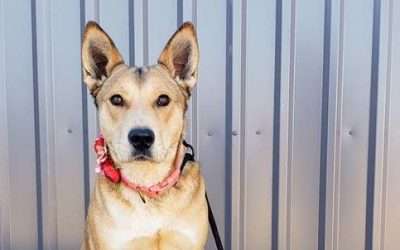 Hope was rescued from a major interstate in Texas by Four-Legged Friends Rescue. She was found in...

END_OF_DOCUMENT_TOKEN_TO_BE_REPLACED 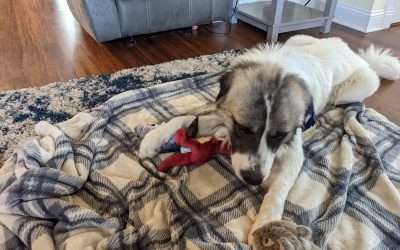 Kai is the sweetest dog we've ever met. He's friendly to every person and dog he meets. At first,...

END_OF_DOCUMENT_TOKEN_TO_BE_REPLACED 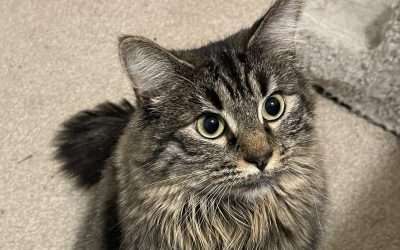